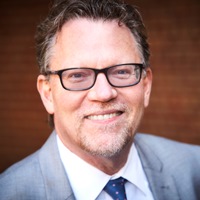 Growing up in San Francisco, Kevin wondered how people purchased homes in one of the most expensive property markets in the country. As he grew to adulthood, Kevin became ever more intent on finding the answer — and making such a home purchase a reality for many families. After graduating from the University of San Francisco, he worked in accounting and finance for ten years, becoming a licensed mortgage salesperson in 1994.

Today, Kevin is among the top producing loan officers in the Bay Area. He has built his business almost exclusively from the referrals of clients and colleagues, and is regularly quoted in the Oakland Tribune and other local media as someone who is knowledgeable, yet also cares about his clients. He is known for his creative and caring approach that allows his clients to purchase their dream home, while also undergoing a loan process that is smooth and stress-free. Kevin’s affiliation with Guarantee Mortgage — listed in the San Francisco Business Times as the largest independent mortgage brokerages in the Bay Area — gives his team all the tools necessary to provide a loan for each individual.

Kevin has been the recipient of several awards, including multiple awards from the San Francisco Chamber of Commerce for the most closed business. In addition to the San Francisco Chamber, Kevin is a past President of the Pacifica Rotary, and an Assistant Director for BNI (Business Networking International) where he is also the founding member of The Embarcadero Chapter – The largest networking group on the West Coast. In addition, Kevin also serves on the board of directors of several local charities.

Apply for a loan with Kevin Casey

To begin, you will need to create a secure account.